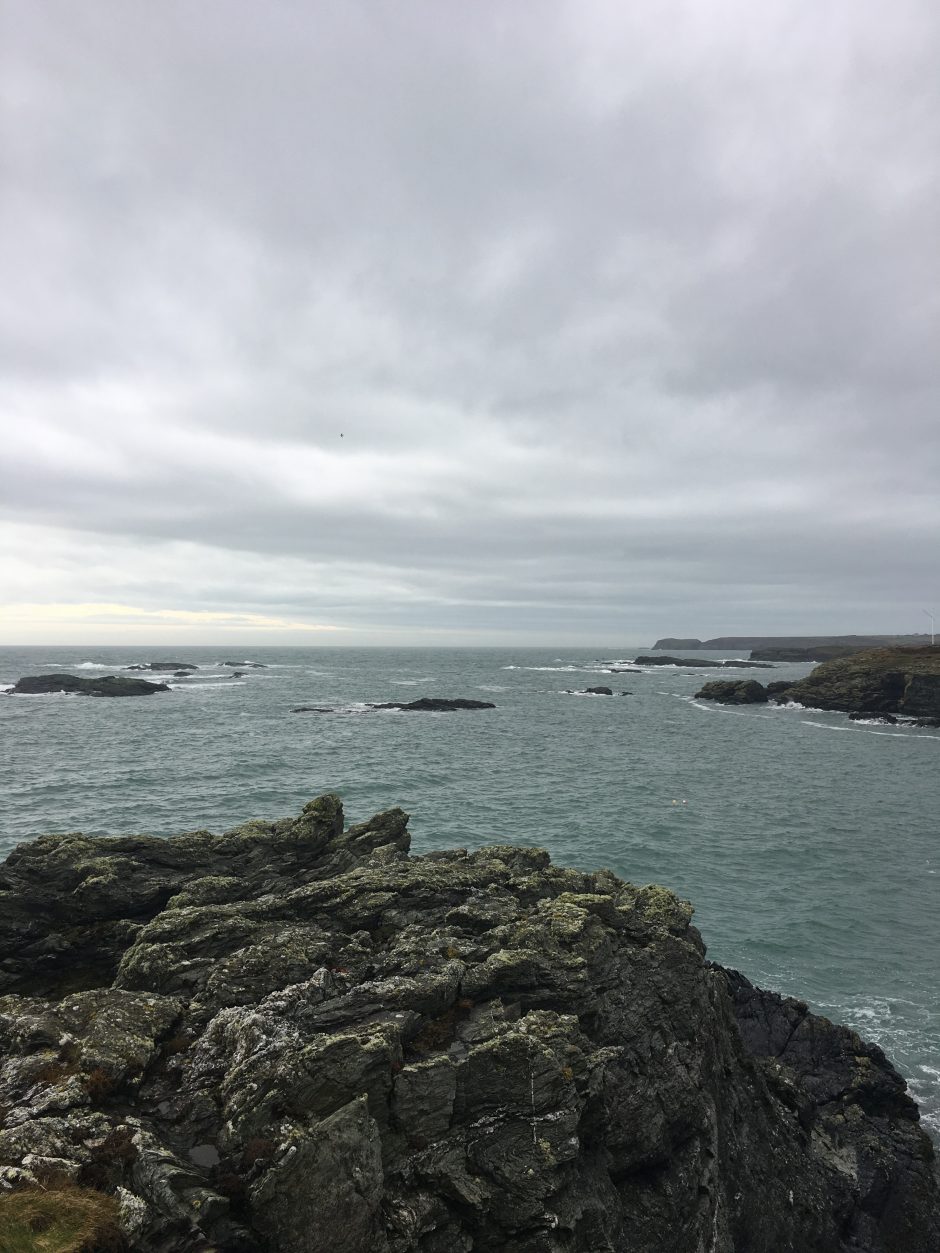 When the call comes it is unexpected. The last decade spent tuning out of the voices of the land & trees in order to ignore the urge to respond has been exhausting, so I’ve given up on that Sisyphean task & instead am learning to follow instincts. Perhaps because I’m finally finding my voice, or because we now live in a van (but probably a mix of all these things), I feel compelled to spend time with Ynys Môn (Anglesey) after reading that plans for a new nuclear power station (Wylfa Newydd) have taken a small, but significant step forward.

As soon as we’re over the Menai Bridge & heading towards Holyhead I’m assailed by strong images of being in a fight – an uncontrollable a bar brawl. Waking dreams of seasoned street fighters muscle into the mind vivid & uncompromising as teeth fly from broken jaws to skitter across the A55 like sea shells. I breathe & take the form of a common gull, let the series of fierce altercations slide away like water.

We head to Trearddur Bay & within minutes have an explosive row – the likes of which I’m not sure we’ve had before – over the most trivial, ridiculous thing about the right direction to take. In seconds I’m grinding the van to a halt in the middle of the road while we screech at each other in rapidly ascending tones to fuck right off. I’m not proud of the anger exploding in volcanic proportions at that moment, especially because we’re arguing about something so inconsequential but it takes a good hour’s walking & reflection to later realise this was also part of tuning into the land & the contentious emotions surrounding the new nuclear station.

It’s also a reminder that this land has survived numerous periods of subjugation including the Romans’ desecration of the druids’ sacred groves as described by the Roman writer Tacitus in his Annals. I am reminded that to connect here is to excavate tentatively through layers of emotion that can manifest in difficult, unexpected forms.

We walk the dogs, calm down, make up, make food & head over to Cemaes Bay so that I can hike to the rocky outcrops overlooking the sea opposite the old Wylfa site. The knowledge of this potential nuclear development is something I hold uncomfortably in the mind & the land translates this back as a sharp picture of a burning hot poker being brandished towards the soft cheek of a small child. I shudder.

Sometimes the land speaks in image & other times with memory. I find myself remembering our hero in the Superman films being decimated in the presence of Kryptonite, his extraordinary strength negated by its presence & I think that she is using this analogy in response to the potential of additional nuclear power & waste.

Standing at the cliff top overlooking the bay I stretch the body – a reminder to ground thoughts & self & to get out of the head. Noisy, orange-billed Oystercatchers swirl across a grey afternoon, their black heads & white wing stripes flashing against the dull Cymraeg sky. The mind soon wanders & I begin prematurely composing this piece of writing but find myself recalling Bruce Parry on TV in Tribe a few years ago taking peyote (or something similar). Speaking to camera he explains he can’t get out of his head – the ego & need to narrate were preventing anything further from developing in his imagination. I realise I’m doing something similar & let myself become lost in the synchronicity of the Oystercatchers’ sharp squeaking flight for a while.

Some years ago the land told me I should walk more with bare feet so that we could better connect, but what I was shown was an image of walking with the feet of a bear. It took a while to understand that this ‘bear’s feet’ was bare feet.

I sit with bear’s feet in the grass & expect that a poem will begin to take shape but instead I feel wave after wave of energy swelling like the sea up through feet, legs & hips in an almost ecstatic manifestation. I have an unstoppable urge to swim & hurry back down to the van. It is 2pm on the 21st December, in Wales & I worry about the cold but am compelled. Andy begins to question the sanity of pushing my white flesh into black wetsuit to swim at this time of year, but seeing my resolve thinks better of it.

The cold water is shocking then quickly painful – as if my pale bear’s feet are the nearby Cloch Sant Padrig tidal bell being struck by large hammers, the shockwaves reverberating up through bell-tower-like legs. The opaque tide is high but receding so I wade on through soft buttery-coloured sand as icy waves shatter against knees, then hips, then waist before leaning forward to lift feet from the ground & swim. I prepare for the sudden, almost violent constriction of breath, but it is always a shock & I blow out with force through puffed cheeks, over & over.

Muscles contract so that I cannot achieve a full stretch of the arms or legs with each breast stroke & have to make do with short, stunted jerks like a badly managed puppet. It takes a good five minutes before I can begin to elongate legs & arms & regulate breathing enough to swim across the bay & back, but still, twenty minutes is all I can manage before the weight of cold pulls down uncomfortably on the chest & I head to the van overflowing with energy & elation.

Later that evening in the van, warm & dry, I surmise that throughout the day a thought had been forming that the land needs her voice to be heard. She is sentient & has agency & we need to remember how to listen. I think of the Whanganui Mãori tribe in New Zealand who have fought, and won, a 140 year battle for their ancestral river Te Awa Tupua, to have the same legal rights as a human being; & remember reading the Bolivian Law of Mother Earth that establishes 11 new rights for nature including the right to continue vital cycles & processes free from human alteration, & the right not to be polluted. I feel deeply, to the core of my being, that this is what the land of Cymru is crying out for.

The day of sharp anger, biting cold & exhilarating emotions is a reminder of the visceral: an order to get out of the head & into body; to be provoked into fully connecting with the land & reminded that sometimes this is to be joy-filled & painfully cold & thrumming with energy & soaking wet through; to experience sand & soil & memory cradling the feet; to connect the body (& therefore the mind) to the truth of her nature; to be shocked by energy & life & violence & anger & beauty & memory & to embrace all of that; to be amazed at the connections achieved when stepping outside of the comfort zone for even a short time; & then, with that realisation forming, to come out in praise of the land, to learn to hear her voice, & believe she has rights. 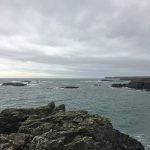 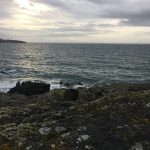 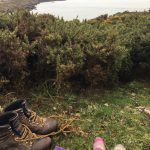 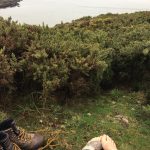 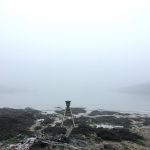 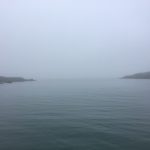 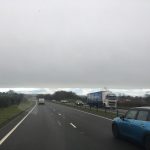 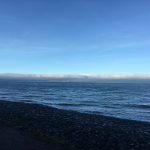 A New Year poem for connecting with trees