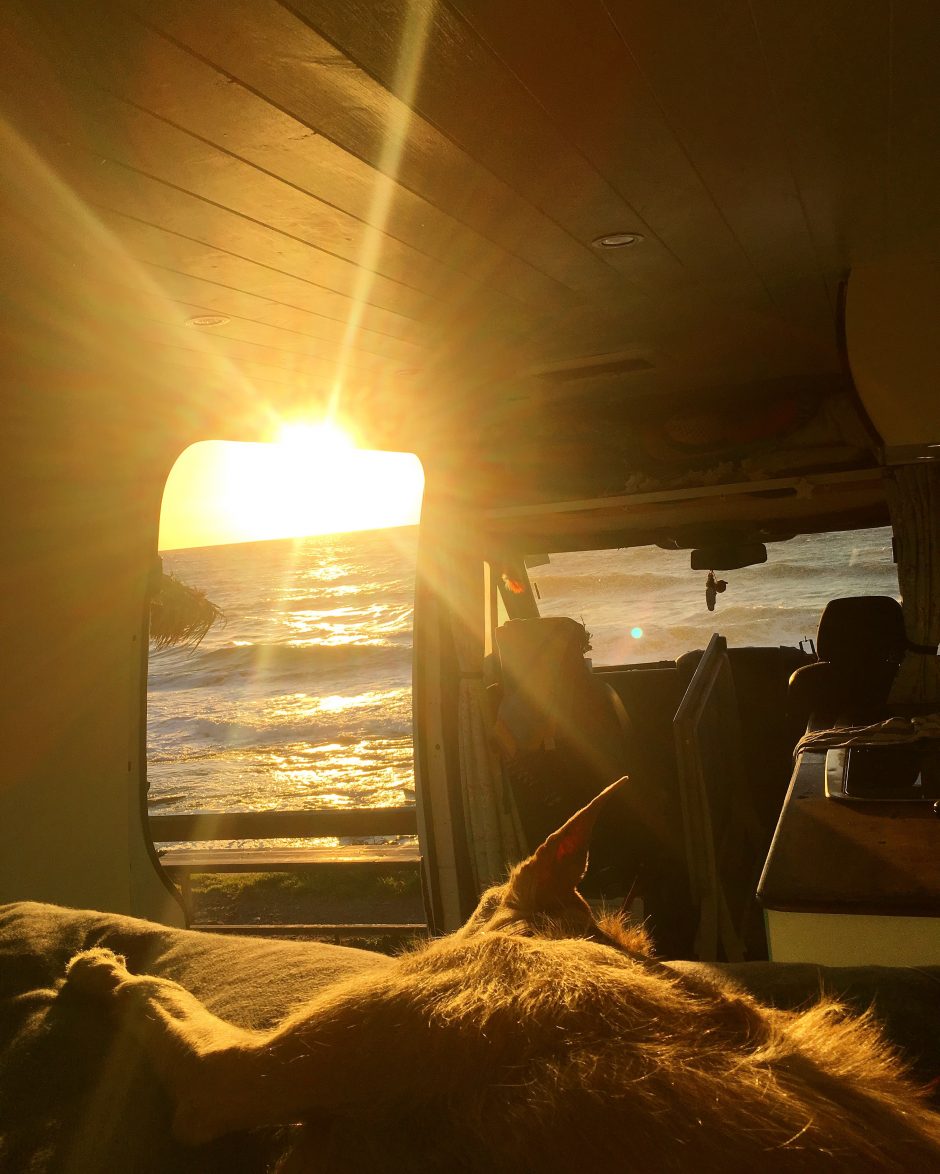 Ah the winter Cretian weather is more changeable than a Cymraeg summer! Last night I sat and watched huge waves crashing under the silvery moonlight while over on the far horizon lightening flashed like a warzone or alien invasion (I’ve been watching some great horror films lately ?). The past few days the wind has rocked the van so hard that at times it felt as though elephants were pushing from either side. Waves are tumbling so fast I haven’t swam for days. And then in the last hour, the wind calms and the sky clears as the sun begins to set so that we can open the doors to worship the day’s last rays. #vanlife