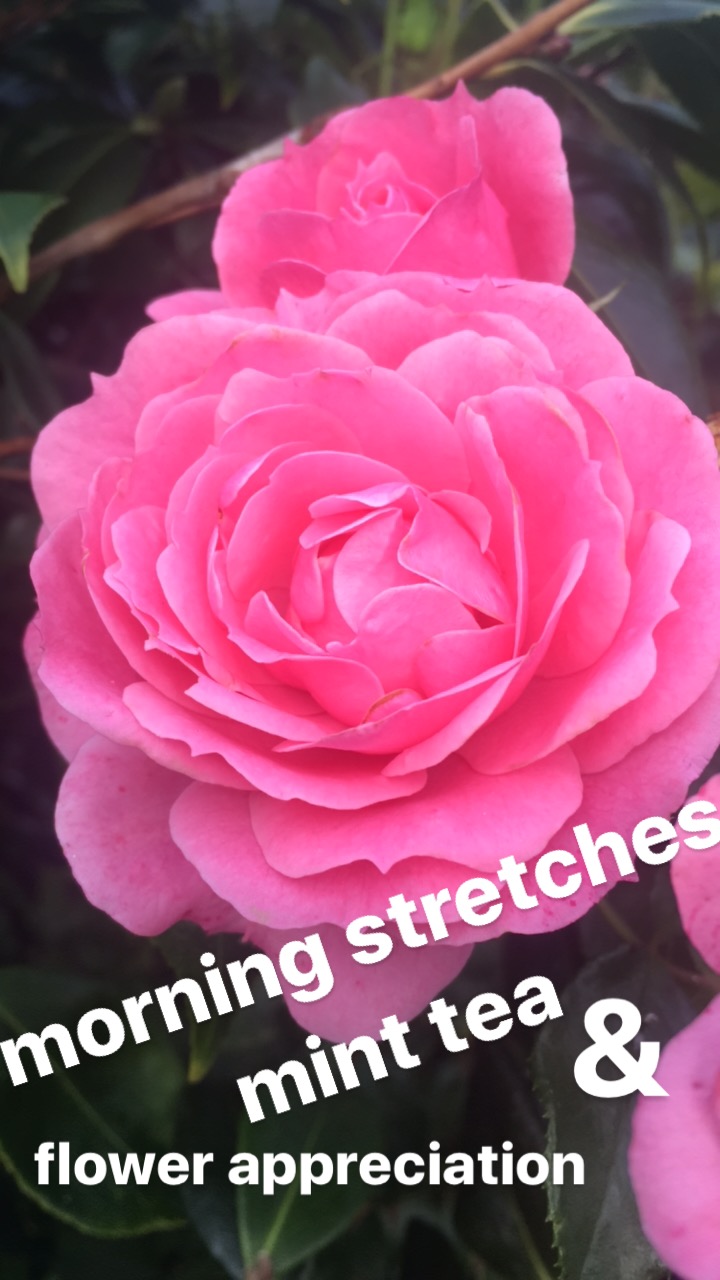 In the spring of 2017 two notable events happen. We finally take the plunge and buy the second-hand long-wheelbase hi-top Mercedes Sprinter that will become our home/office on wheels, and a pair of blackbirds appear in the evergreen climber opposite our kitchen window. Our rented house is a traditional end terrace with a long, narrow walled garden. We are not competent gardeners by any stretch of the imagination so cannot help but admire the work of the elderly gentleman who lived here a few years before. We know nothing about him except that his love of gardening can be experienced everywhere – at the most unexpected moments he reaches out across time & space to hand us a beautiful gift: a bright pink rose, burnished orange leaves, the song of sparrows in a bush they particularly favour.

His mastery fingers along walls like half-forgotten poems scrawled in a language I can’t quite grasp. The echoes of his work rebound with colour & shape into our consciousness at surprising times of the year so that I begin to further question the notion of ownership – the thought that somebody else can just buy a place & rip it down or let it grow semi-wild as we have done with no deference to the people or vision that was possibly a lifetime’s work.

The climbing Wisteria (pruned heavily two years earlier after we nearly lost her in a particularly violent winter storm) blooms with a generous extravagance & elegance; pale lilac flowers hang low like ripe grapes across the kitchen window so that we have to bow & shimmy underneath. Every year – from April, through to November in mild weather – a giant Damask rose bush explodes at the end of the garden gifting an unending procession of sweet & fragrant pink roses the colour of fairground candyfloss. Flowers and petals march forth from her stems to riot across the lawn like letters, or into our home, or grace our food. Chives that we didn’t plant have liberated themselves from a fractured flowerpot to root into the exposed earth beneath, blooming like unruly children in the late May sunshine.

We’ve forcibly wrestled back the various ivy climbers constructing a wall between us and the neighbour who mutters regularly about the lack of sunshine reaching his garden. Before we arrive the ferocious climbers have all but disintegrate the five foot tall dividing wall, replacing it with ten feet of knotted branches and a river of green leaves that flood up & over into forbidden territory.

The climbing shrub opposite our kitchen window is one we have yet to identify. It is an awkward & floppy evergreen; long tendrils spiral out as soon as winter shows the slightest sign of departing; woody fingers exploding with dark green leaves grasp up and over that section of the wall. Even after a hard prune two years ago her flowers stubbornly refuse to do little more than shrivel the day they arrive.

Our lovely Polish neighbours moved out some months previous taking their ferocious tom-cat, Squirrel with them (the name is a family in-joke, a play on a Polish word that we never got quite to the bottom of), and maybe all of these elements combine to create the perfect welcome for our feathered guests.

The first clutch of chicks (two in total) are already fledged when the blackbird family arrive. Fat & fluffy & brown they bob in the bushes or patter along the paved ground in front of our French windows, squawking & poking at specks of dust as they mimic their father who pecks in the soil beneath the climber for food. It is not long before they are gone & while delighted at their success, the garden feels empty. We are bereft as we realise just how much time we’d devoted to watching them from our sofa. Our two rescue hounds (a seven-year-old golden deerhound x lurcher called Kit, & two-year-old black, tan & white whippet x saluki named Bonnie) give up sniffing the air around the shrub & everyday life resumes.

The ex delivery van is ready to be transformed. We strip the ply-wood panelling from walls & ceiling & spend a day scrubbing six years of dust & grime away to reveal a bright white whale-like carcass beached in the road at the front of the house (we don’t have a garage). The bolts holding down the heavy ply floor are screwed out (a particularly difficult one blasted off with an airgun from the friendly people at a local garage) & we haul it out in two neat pieces giving thanks to DPD parcels that they bother to fit a decent floor with rubber underneath so we can remove it, clean the van floor, glue down a layer of thermal reflective insulation (which looks like tin-foil bubble-wrap), & a polythene moisture barrier, before refitting & bolting in the original floor. Finally we spend another day laying a wooden surfaced floor – we dream of a stylish minimalist lifestyle, & want our tiny living space to feel like a welcoming home.

Although this is a self-build project there are a few tasks we’re too afraid to attempt such as fitting a large window in the side slide door as well as windows in the barn doors. We don’t have the correct cutting machinery & Andy wakes up in cold sweats at the thought of cutting a wonky line or setting the windows slightly off so the van is booked in with professional van converters for this bit. When it comes back it feels bright & airy. The tinted windows welcome in huge chunks of light while keeping the van interior private & we begin to feel like we’re really making progress.

Like the fledging blackbirds, we are noisy & self-congratulatory about our progress, & feel this gives us license to ignore the van conversion for a few weeks while focusing on other work projects & taking trips to the beach to bathe in sea & sun.

It soon becomes apparent that the blackbird parents haven’t moved on with their young. Instead, choosing this as a safe place to nest, they begin constructing a new home in the climber. As the days lengthen like a summer mirage before us the two birds fly tirelessly in & out of the bush with twigs & fluff. Some weeks later their second clutch hatches & the birds instigate an endless & exhausting tag of feeding their new offspring. One returns & perches on the garden wall – beak stuffed with grubs & worms, checking for danger before darting into the nest. The other immediately exits from the other side of the green camouflage and flies off to hunt. This cycle is relentless. Each evening the male also sings from the rooftops, his bright warble ripples out across the early June sky like folds across a Welsh llyn (lake) on a still evening. And we hear other blackbirds who’ve arrived at the same time responding in an evening chorus.

The birds’ industry is equally a source of intense admiration & shame for us as we do not make any further progress on the van until early June when we finally collect the solar panels, leisure batteries & wiring from a lovely couple who run Remote Power UK in Bala. But instead of fitting we store everything in the spare room & continue with our everyday work. The birds leave the nest as soon as the chicks are able & we hear them take up residence in the hedges & ivy at the bottom of the garden for a few more weeks. By early July both chicks and adults have moved on, along with the other adults, & our skies no longer reverberate with their song.