the art of beginnings 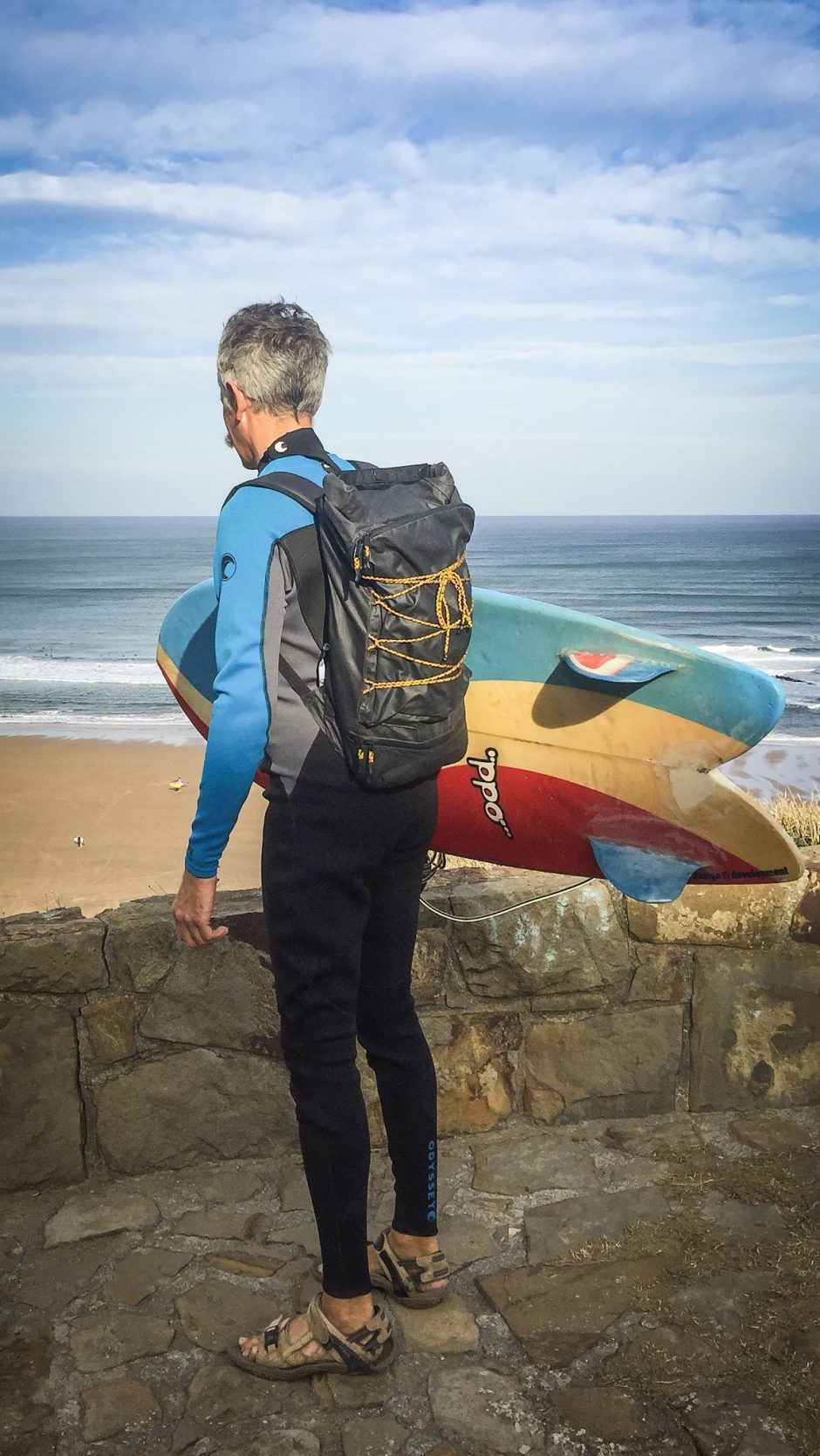 We’re learning to surf this winter as we slow travel westwards along the northern Spanish coast. Our first foray into the Atlantic waves was San Sebastián in the Basque Country where great barrelling waves thundered us into the shore either on or off the surfboard beneath the deepest of blue skies. I’m writing this today from Sopela a smaller town about two hours west where the waves are as bright (if not as bold), but the parking is easier. The mid-afternoon temperature is 28ºC so we surfed early, our delicate Cymraeg bodies still not acclimatised to heat over 25ºC.

Learning a new skill is hard. The capitalist mindset is so deeply drilled into us that to put so much effort into something with (in the initial stages at least) so little return, seems like an utter waste of time. We’re also sharing a surfboard, for financial reasons, but also one of us has to stay on the beach with the hounds, so we work it in a sort-of-tag, which also allows recovery time after a drowning. Previous ramblings aside, I actually prefer learning in this way – trying out something with little investment then, as time goes on, if it becomes a passion, there’s the saving, the searching for the best deal for new kit. It’s how we worked with the mountainbikes for well over a decade until they were stolen. To start with, I rode a much less expensive hardtail and stuck with that for years before finally taking the plunge and investing in a more expensive full-suspension.

I think back to when we first used to hit the mountainbike trails in Cymru, we’d have borrowed kit, patched tyres and scratched helmets. Still, we’d see guys there on an £8k bike, with all the newest gear, and at first, I’d be wowed by their getup. They must be so great on a bike, I’d think, until catching them up on a slow climb, and again on a gnarly descent. Those times taught me that you can’t buy experience, that the only way to get good, I mean really good at something, is time served, is time funnelled over and over again into perfecting getting round that berm, or up on the surfboard. It’s the same with poetry: there’s no shortcuts, no buy-now-pay-later. You can look a million dollars and talk all the jive, but the proof is there for everybody to see, you either stack it, or you don’t. You surf the wave or you don’t. You write, or you don’t.

Can I stand up on the board yet? No. Am I deterred? No. Because I know that the day is coming when I will snap up on that board and surf into shore; it won’t be pretty or smooth, but every elated second of it will have been earned by all these seemingly futile hours now. If I get a photo of it, you’ll be the first to see. 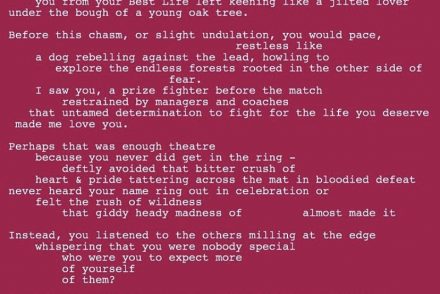 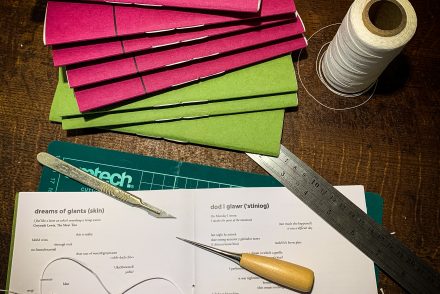 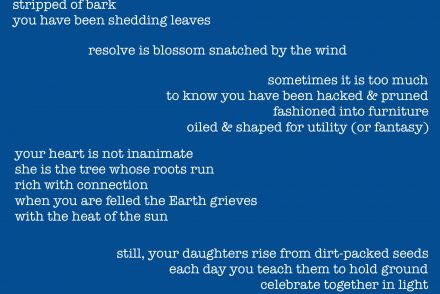 Caught the last of the snow on today’s hike. Tha

One of the myths about a plant based diet is that

*I need to vent* It’s the last day of Spanish

A few years ago a Bengali friend came to north Wal

Such a calm day in the woods. We didn’t finish w