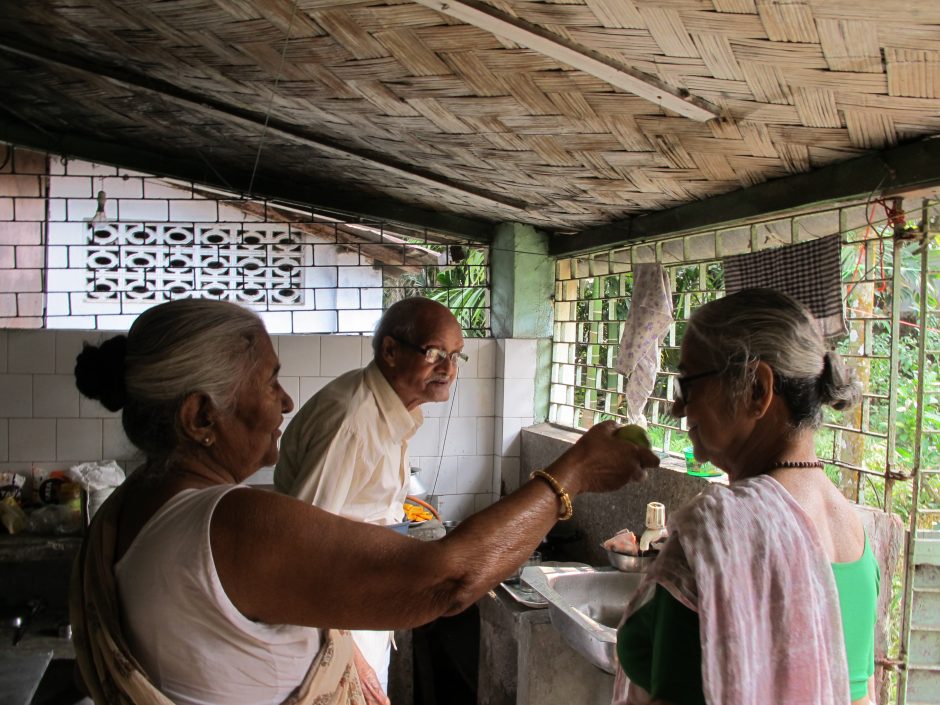 Bengali hospitality and cuisine take some beating and I’m discovering first-hand why they’re legendary. While travelling across this ever-changing country new friends are delighting in introducing me to Bengali cuisine; eating here is part of an education in the culture and a way to make a deeper connection with the land.

I’m beginning to realise how important sweets are in Bengali and Nepali culture. Bought from small shops a bit like European patisseries, these are often milk or cheese based and almost always soaked in a syrup sweet enough to disintegrate the strongest teeth. They’re the kind of thing you take to someone’s house, and also offer when people visit, so that you find platefuls of various ‘sweets’ being passed around at every occasion. Bengali people love to feed visitors, family, friends; anybody and everybody they come into contact with. It’s totally endearing if, like me, you are happy to try new things and are well along the path of embracing body positivity.

When Moushumi’s family heard that we were joining them in their family home in Jalpaiguri her uncle Shankar (or mesho – uncle) sought out a beautiful hilsa (a river fish), that was prepared cooked by Moushumi, her mam (Anita or Mashi) and her aunt (Mishti – sweetie) on two gas rings in their semi-outdoor kitchen. Most Bengali cook on two rings so I felt at home after cooking this way in the van for the past twelve months and it proves that you don’t need a fancy kitchen to make stunning food. 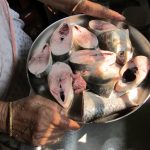 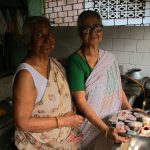 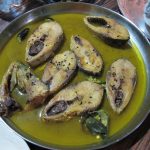 I’ve been vegetarian (and often vegan) for a few years, but the Bengali are fish-eating people and when so much effort had been made to extend hospitality, I didn’t feel uncomfortable eating the fish, and am happy to report that it was delicious. It’s a meaty fish, cut into steaks like a tuna, but with a delicate flavour and texture that is more reminiscent of trout; it’s simply spiced in salt and turmeric before being fried with black onion seeds. Most of the fat in the sauce comes from the fish itself and not much else is added or it would overpower the delicate freshness of this most special fish.

Bengali also traditionally eat with their right hand. I was offered a spoon (and am left handed) but figured the only way to truly get to know a country is to make the effort with everything, so I eat what’s offered (except meat) and give eating with my right hand a go. I was worried about looking like an idiot, but that’ no reason not to try something new, and it was easier than I anticipated, or perhaps it just proves that nothing comes between me and good food. We ate a meal of rice with dhal, hilsa fish, fried pumpkin, shredded cucumber; and plantain flowers fried with potatoes, chilli, tomatoes, onions, ginger, cumin and garom mashla (a spice paste made of cloves, cinnamon and green cardamom), this aromatic dish has a depth of flavour unexpected from such light ingredients. When eating with your hands, the fingers are used to squish rice and dhal together so that they become sticky, then other food is added and fed into the mouth. In Bengal tradition chutney is eaten alone at the end of a meal, which is something I’d never before considered and to be honest I found it a bit much. This homemade tomato chutney (pictured) was sticky, rich, sweet and spicy with a warm aftertaste and would be wonderful with chapatti or rice but my palate isn’t ready for a big dollop alone.

For dessert we had yoghurt (very like Greek set yogurt) and a small sweet square (which we’d also had upon arrival). Ceated from burned milk that’s made into cheese and then sweetened, it’s called kalakand and is quite special in that it’s firm and slightly squishy, but also perhaps crumbly; the burned milk gives it a wonderfully unexpected toffee flavour. Another cheese-based sweet that made appearances throughout the day is chanar jilpi (chanar meaning ‘of cottage cheese’). I honestly thought this was small donuts and couldn’t believe it was made of cheese because it’s light and fluffy in the centre with a darker, firmer outside (like a donut), these are (and this you’ll notice is a regular thing) soaked in honey or a sweet syrup. Again this was too sweet for me but sharing one works.

That evening was a ‘simple’ meal of chapatti and vegetables with the chutney from lunch. In the photo the green vegetable is called Potol posto, posto is poppyseed paste, and potol is the vegetable, there’s also black onion seeds and green chillies cooked in mustard oil, salt and sugar. The other component to finish this dish was a gift from the neighbours: fish head & fish skin cooked with cabbage, ginger, tomatoes and fenugreek seeds. I couldn’t have another sweet and called it a day but it was an absolutely stunning day of food; one that I’ll remember for a long time. 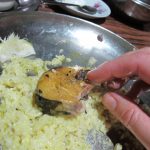 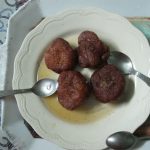 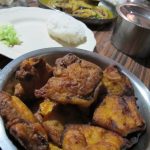 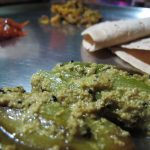 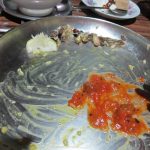 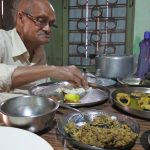 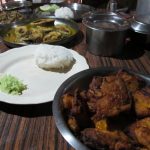 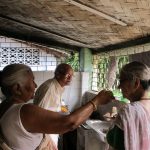 the price of tea 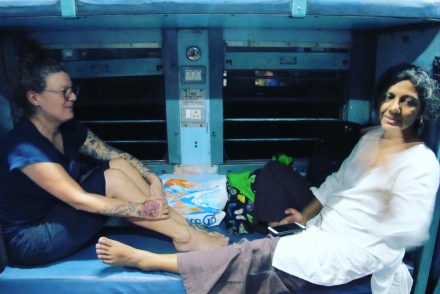 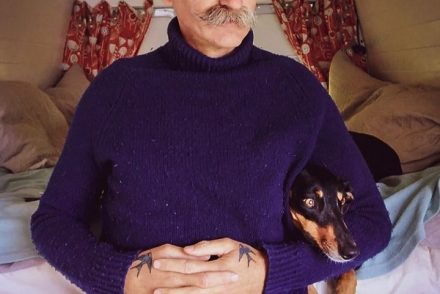 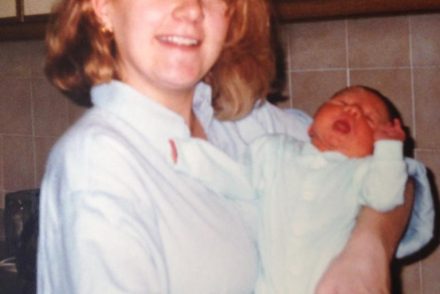 The birdsong here starts at about 5.30am and conti

#MeAt20 In this photo my daughter Rhiannon is not

On ceremony and trees: Continuing in the spirit o

Difficult times can offer the chance for deep refl

Travelling from your sofa in times of quarantine:

A return to the beginnings of things: Today I tho

A return to connecting with wild plants: While we

While in #lockdown I'm thinking back on some beaut

Living together in a small space is something we g