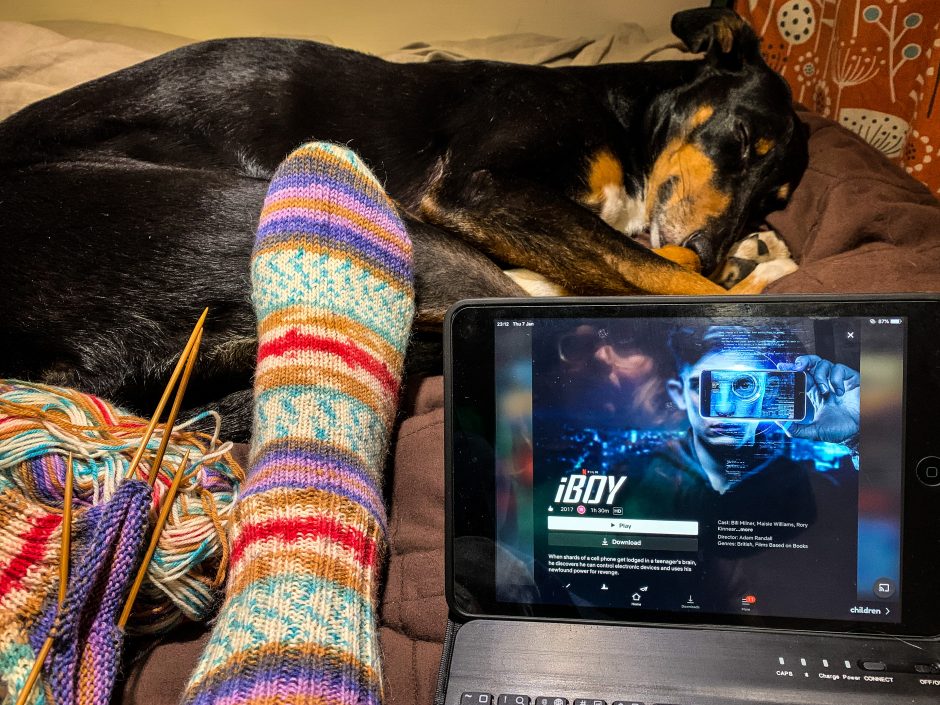 iBOY review
Honestly I had no intention of reviewing this #Netflix film because, although it appeared promising, the lengthy trailer that gave away the whole plot, in a quite clunky and desperate attempt to catch the attention almost made us not want to watch this.
As an aside – we used to judge a bad film by its trailer as you could be absolutely certain that the longer and more convoluted the trailer, the more of the story they so frantically wanted you to see, the worse the actual film. This formula used to work every time for us, except that for some unfathomable reason these protracted trailers now seem to be the norm, even for decent films. Which is a shame as it did this film no favours at all.

Anyways. The film itself is pretty fucking brilliant. It’s a simple, understated sci-fi story that doesn’t let itself get too bogged down with the details of how our unlikely hero is suddenly able to interact with all computer/electronic devices around him after being shot in the head while on the phone which leaves fragments of said phone lodged in his brain.

It’s also a story about class and privilege, friendship and loyalty, how much of any of this money can buy.
It’s about how people in one set of London council tower blocks see themselves overshadowed (physically and mentally) by the millionaire luxury apartments across the road; it’s a film about ambition and opportunity in different worlds.
The bad guy in this gets the best lines when he asks iBOY if he’s special, and upon hearing ‘no’ gives the boy a well-needed lecture on the negative thinking that leads some of us to ‘know our place’ while the more privileged will sing their tiniest ability to the rooftops.

Maisie Williams (the quite brilliant Arya Stark in GoT) is sharp and feisty as the love interest. I suppose my only comment would be to ask why she couldn’t have been iGURRRL? But you know. One step at a time.

So yes knitting and sci-fi do mix. Here’s my proof. Although you don’t need one to enjoy the other, this film is definitely worth checking out – just a well produced, brilliantly acted, pacy storyline with interesting setting and some great, understated sci-fi FX. 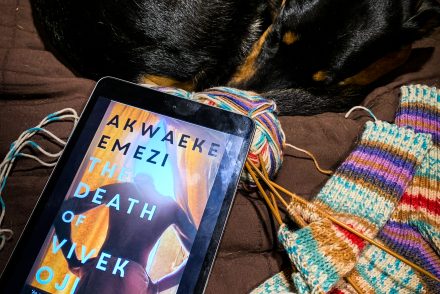