On losing dogs, finding my heart, and Creative Wales awards. 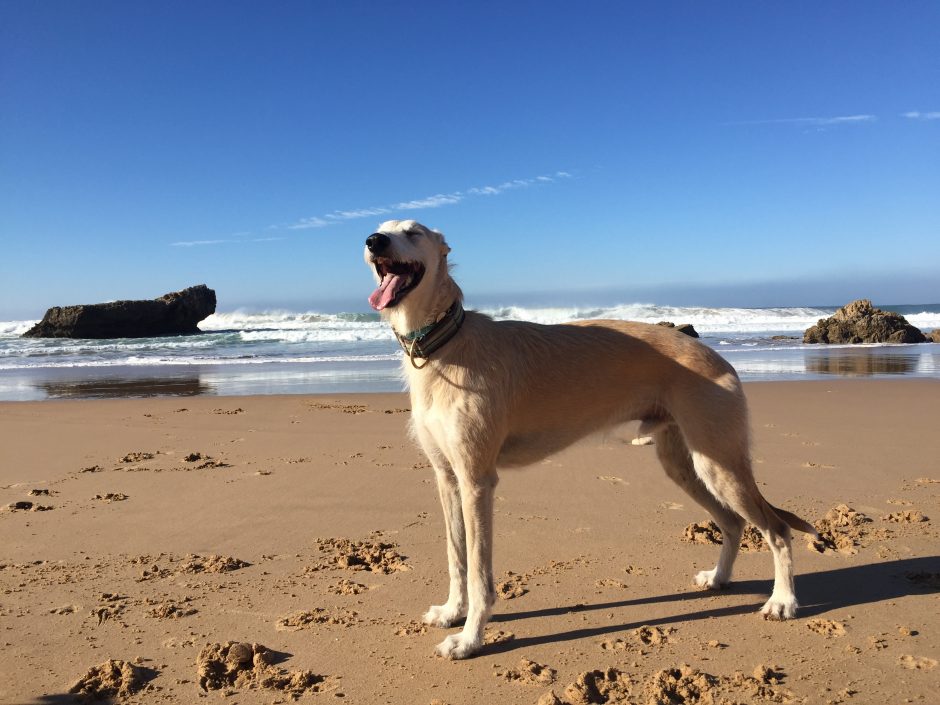 One of our family went missing in an unfamiliar forest recently. It was a traumatic experience because he’s always come back. We called and whistled but he was gone. After nearly an hour we began the return journey to the van without him and planned to stay in the area for as long as it took to find him. Soon after that he called to me. Quite clearly. A squeeze in the chest. I’ll be back where we parted. By now we were a few miles away but I turned back. I’m coming. Two hours after he first disappeared to chase squirrels or rabbit or deer, we found each other, in the exact spot we’d left.

This isn’t the first time we’ve shared non-verbal communication. But it was the most obvious. The first time Kit spoke was the first day we met. He said quite clearly am I coming with you? He was bored and underwalked in his current place, hardly eating and being too boisterous for the household he was in. He knew he didn’t fit there, it had happened to him numerous times before. It was such a sharp feeling; a question pushed into the mind by his strong emotional need.

It’s difficult to articulate how hard it is to write this because for a long time I didn’t think dogs could communicate (other than the obvious). More than that, I didn’t believe anything in the natural world could communicate except in the ways we are familiar and comfortable with.

I’ve begun talking and writing more about the ways in which the trees communicate because this was something they asked of me a long time ago, but I wasn’t ready to help them then; I was too tied up in cynicism and self-doubt. And it wasn’t simply that I didn’t think it possible to talk to trees, over the years I’ve read Plant Spirit Medicine by Eliot Cowan; 52 Flowers that Shook my World by Charlotte Du Cann; explored hypothesise by Daniel Pinchbeck and Graham Hancock; visited Pip Waller, a Plant Spirit Medicine healer, for healing; attended a Plant Consciousness weekend conference; and undertaken numerous shamanic journeys with practitioners. But nothing anybody else said or did could convince me that what I was experiencing was a profound and deep connection with the earth and the animals that cohabit with her because no matter how many people I met who believed it possible, I still didn’t believe it was possible. Or to put it more clearly, I believed that other people might have certain abilities in that area, but I didn’t believe it was something I could do.

How did I know that all of these voices where not simply a psychotic manifestation? What proof could I gather? Was I just going mad? I felt restless. I needed to ‘go walkabout’, to roam the landscape until I could understand the truth but the only time I’d read of this was in Aboriginal culture, and that is a rite of passage for the young men. Years later working with the Gypsy, Roma, Traveller community I learned that it’s okay for people to ‘go off’ – just wander away for a while, but I had no way of doing that. Where could I, as a western woman with a child, go? Family had to take precedent. This is when I realised that the universe is not unkind, only people are unkind when we are starved of the love and support needed.

I realised I had to stay where I was and set off on a different kind of life-changing journey. For over a decade I rooted into the community tree-like so as to better understand these thoughts, words and connections I was experiencing so viscerally; to see myself in relation to other people; to try to understand how individuals and our societies are dreamed into being – how we support, or undermine each other; to give as much of myself as possible to working with people from all walks of life whilst trying to figure out if the words, images and emotions were being generated by me, or if they were genuinely part of something else, something bigger.

Looking back over this time, this landscape traversed, the internal spaces mapped through poetry and performance, and the obstacles overcome, I can write that I know my own mind. That I’m more (but not totally) aware of how she works: the tricks and unconscious behaviour, the truths and love. I’ve had to learn empathy and grow emotional intelligence as I realised I was lacking in these areas. I discovered that creativity aids spiritual and emotional evolution, and tried to share these revelations in my community: that creativity is the root of all change, that we are all Creators of our worlds, our destinies, and that this begins with the Imagination.

Over a decade later, after working with numerous organisations and communities in north Wales and then, as the Young People’s Laureate Wales, across our beautiful country, I felt something was still missing. That creativity and community need a third element if they are to enact positive change in the world, and this is when I returned to the trees and mountains, the rivers, lakes and seas of Cymru. I now understand that a deep connection to the land is needed. That I can no longer allow her conversations with my soul to simply run ignored like a film playing in black and white in another room, but that I need to embrace this truth that has been waiting so patiently for me to acknowledge. I have to dive in and become the ocean. Instead of closing ears, mind and heart to the sounds and voices of nature I have to listen. To truly listen, as Pauline Oliveros said, I will walk so silently that the bottoms of (my) feet become ears.

So I put forward an ambitious plan to Arts Council Wales in the hopes that I might be considered for their Creative Wales awards. I wanted to undertake a shamanic exploration of Deep Listening. I made connections with practitioners who will each bring their own expert element to this year of creative evolution and growth: Writer, psychologist, and mythologist Sharon Blackie and I will explore listening and creating through myth whilst traversing the Irish landscape; community activist, plant spirit medicine worker Mark Watson and I will work with the voices and spirits of plants over in east England; Welsh producer and musician Gorwel Owen will mentor me on various aspects of field recordings and sound production; the project will finish in November when I will revisit the Bengal region of India to work with Moushumi Bhowmik from the Travelling Archive (she will visit Wales a few months earlier) as we collaborate and share listenings across borders as well as weaving together the various elements discovered from this epic creative journey. I hope to finish on a silence retreat in India so that time can be taken to fully meditate upon everything discovered in the months leading up to that point.

I hope that this year of travelling will aid the exploration of new ways of being in the world; new ways of connecting with the earth, and with communities; new ways of creating. Still, poetry remains at the very core of everything I am and do.

When I was weaving this project in the mind, and in dreams, I searched for a mentor who might have time for, and understanding of, all of the disparate elements, but to no avail. This is when the trees spoke again and said they will be my mentor, my shamanic guide. That is a terrifying thing to write as I fear people’s judgement. But I believe it to be true. I believe that the trees will mentor and support anybody who asks if they do so with an honest heart and good intentions.

When the trees produce fruit, fat and juicy or hard and gnarled, or when they provide shelter, it is not a conditional offer. It is what the elements and circumstances create. In this same fashion I’ll write about the journey on this blog. This is the nature of giving. This is their only request.

I could not go walkabout when the land called all those years ago but, after staying rooted so that I might grow, my dreams are now filled with ocean waves and hawks and trees in foreign places and a deep desire to truly listen to the land; along with the knowledge that I have to be brave and follow my heart in order to continue evolving.

I am deeply grateful to Arts Council Wales Creative Wales Awards and the land of Cymru for making this creative exploration possible.

I have fallen in love with windmills

I eat the spider and swallow citrine 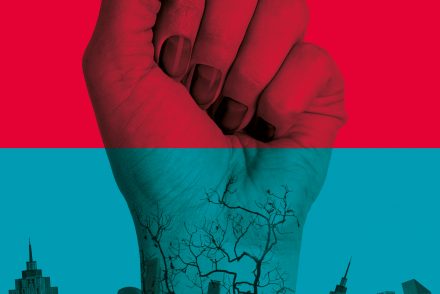 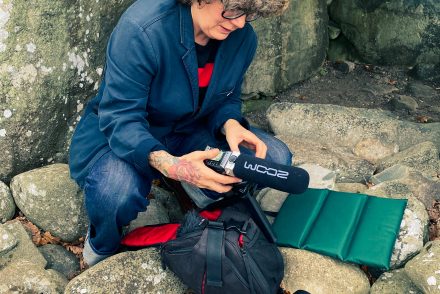