pickled summer veg (for when it’s too hot to cook)

I have to be honest with you from the start and admit that slow cooking and eating didn’t come naturally to me. It’s why I’m working so hard to fold it into my everyday life. Over time I’ve mastered the art of slow food, of taking my time to create simple, delicious meals from seasonal produce – but still sometimes I crave fast-food. Not Macdonalds or KFC – I’ll well past those days, but still sometimes I just want to rip open a packet and stuff my face with the minimum amount of effort, preferably in autopilot: supernoodles, skittles, cheesy puffs or just a chunk of bread slathered with Camembert, spring immediately to mind. I used to chastise myself, which of course made me feel even more awful, so instead I’m playing the long-game and taking the slow route, and instead of denying myself anything, I’m trying to fill the day with thoughtful food that I want to take my time over.

I’ve been working on a great new cauliflower dish and was going to photograph the final version of it for this chapter but a heatwave struck and there’s no way I’m staying in our tiny van kitchen with both rings lit for the length of time this would take – even with all the doors open. Instead I decided to fold back into some light pickling of the wonderful early summer veg that’s growing in abundance in these French fields just now as an antidote to all the bread & cheese we ate when camping with Andy’s parents recently. Then we sat outside on a blanket in the late evening sun to eat it all.

Summer veg:
Giant spring onion
¼ head of cauliflower
Two spring carrots
Handful of radish
Baby gem lettuce
You could also use cucumber, cabbage, or any other veg you fancy.

Start by making the rice. Rinse the rice a few times in cold water until the water runs nearly clear. Put into a pan with 1 ½ cups of water, tsp salt, put the lid on and leave to boil for 10mins. Turn down to simmer for another 10mins then turn heat off and leave rice to cool with lid on. While that’s cooling dissolve the sugar in the apple cider vinegar and put to one side. It can take a few minutes but if you stir a bit then leave then stir again it’ll be ok. While that’s doing sort out your veg.

Finely slice your spring onion (red onion would also work here) and put in a bowl. Break the cauliflower into small florets and leave to one side. Scrub carrots then slice into ribbons using a potato peeler like the one seen here. Then slice your radishes.

In one bowl add the onion and 4 tblsp of the sweet vinegar mix. Stir and leave.

In a second bowl put 3tblsp of vinegar mix then add juice & zest of half a lemon. Toast a pinch of cumin (or coriander) seeds in a warm frying pan and add these too. Then add the cauliflower and stir together making sure it’s all coated in the pickle.

In the next bowl put in 6tblsp of vinegar, two star anise & the ginger matchsticks. Stir then add the carrots, stirring well.

Finally put your radishes in the remaining vinegar. The veg needs about 20-30mins to pickle but no more or the radishes go soggy, which is why we do them last.

Return to the rice. Take off the lid and stir well. Tip into a bowl to continue cooling. After 15mins add the chopped chilli and apple cider vinegar and stir again.

Take your baby gem lettuce and peel the leaves off into a colander – don’t break or shred them them, you want them whole as we’ll fill them with rice later. Rinse in cold water and leave to dry.

We had mint and lemon water to go with this. I’ve stopped putting lemon slices in the water because it can make the drink taste bitter (although there are some in this photo because I thought that the lemon with the rind removed for the zest might be ok but it still tasted slightly bitter), so instead squeeze the juice of half a lemon into a litre of water and add some fresh or dried mint leaves. Leave in the fridge to chill.

To serve – put your picnic blanket out in the late sun then put out each bowl of pickles along with the bowl of rice and a plate with the gem lettuce leaves fanned out. Serve the rice on the leaves with an assortment of pickles – the shape of the lettuce means you can eat with your fingers too. Try some different combinations or just pile the rice on your plate and chuck the veggies on top.

Take time out to enjoy the view.

That time I fell in love with myself 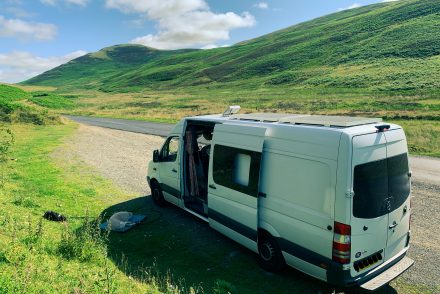