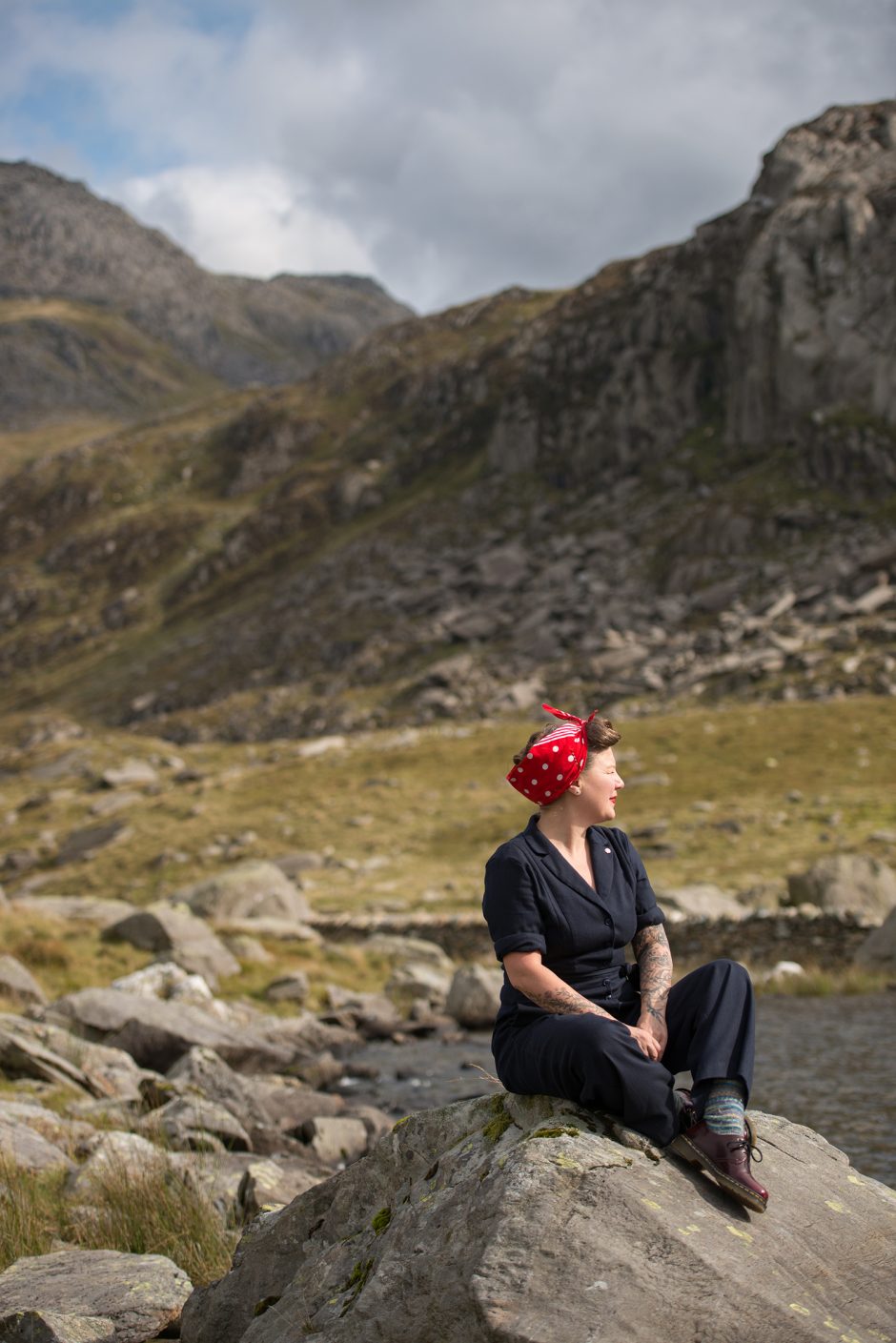 The personal is political.
– Carol Hanisch

I was born to the sound of starlings murmurating across the north Wales coastline. The Rebel Sun rode low in an early February sky as the Irish Sea gnawed across my ribcage. My hair was knotted seaweed. Water swelled sand dunes into my belly & a flock of seagulls took up residence in my mouth.

As a young child I dearly loved a blue trike even though, in dreams, it never moved fast enough to escape the mad woman whose face was at the door of every house I ran to escape her. I learned not to put down roots. By the sixth junior school I was utterly bored of moving-without-consent but the dinner lady determinedly wheeled me into the head’s office on those damned rollerskates. After that I wore the form of a seal & crashed through the ice on the winter pond.

I was a troublesome & willful weed.

I wove an eight page carpet of gold & blood that ended with ‘but it was all a dream’. The teacher told me I needed to write less: the task was to expand thoughts across two pages, the territory clearly marked, she was unimpressed with overwrought flights-of-fancy. After that I washed the words down the sink, pushed them through the plughole like half-dead spiders & learned to ride horses instead.

In high school I soon grasped that strange, difficult students like me got bullied, whereas loud, aggressive people didn’t. I improved my shapeshifting technique. By day I took on the form of a scorpion, became adept at skiving school in the most obvious places: the park, the library, town, while getting high on the worlds of Marion Zimmer Bradley & Ursula Le Guin; inhaled Tipp-Ex thinner & aerosols. At night I was a crow: sharp, mistrusting, common.

This was my childhood education.

When the madness hit my house was flattened. How can you prepare for absolute clarity? The hedgerows warbled my name to snowdrops & rainfall. Each time they did so I pictured myself as a bird: I am a sparrow I whispered over & over so as not to wake the fire dragon who would hurricane out of my mouth each time I sang. I could not swallow her. The sparrow-form was incinerated myriad times before I finally accepted the truth & the dragon died. She now curls in my ribcage. She is me. I have a twice-born heart.

Why has it taken so long to find my voice? I have fished down this throat with toothbrush & spoons; vomited myself up with chips, chocolate & wine but I couldn’t reach her, no matter how hard I retched. Years later I realised this is because I am more than physicality & learned to root with the trees whilst mapping the internal & external landscapes of Cymru in poems; shaping the contours of each piece on the page before translating into performance.

The Rebel Sun has fashioned me into an insurgent with her persuasive strength, with his expansive heat. The poems written in homage to the Sun God(dess) in all their many forms as well as to the landscape of Cymru that birthed me. Exploring this land, I unearth her language of Cymraeg; discover one-word-poems; smooth them over & over. These are the river stones rolling beneath my soft, watery belly: hanes: story/history; dysgu: learn/teach. Yin & Yang perfectly balanced in a word. I read Gwallgof (madness): gwall = broken, cof = memory, & better understand my mind. Sometimes I pile these words into cairns. All of this is a true story. Everything happened exactly as I tell it to you now.

In some ways all hope is lost, although scaling this Dark Mountain is not as terrifying as it sounds. There is a certain freedom in acceptance, in knowing you can do nothing in the face of the rampaging behemoth of capitalism but chant poems & throw snowflakes at his eyes.

No longer a tree, I am shedding bark like a skin; unwinding roots like corkscrews. Migratory creatures sing to me in dreams. Four walls & a roof suffocate. I have become deeply affected by the tyranny of stuff. Is all ownership theft? I believe so more these days. This knowledge crawls across my skin & the land like fire-ants.

Once an old woman visited in dreams to tell me my water element was out of synch. Still I cannot stop writing about dŵr. I am becoming the water cycle. Dŵr dach chi. As are you. I will learn to precipitate, fall to the earth’s surface as a condensed form of water ¬– flow out as a river to embrace the Irish Sea.

Sophie McKeand is a multi-award-winning poet whose work explores a conflux of politics, community, nature, travel and poetry that seek to inspire new ways of dreaming the world into being. Sophie has performed extensively on-stage including Hay Festival, Kolkata Literature Festival (India), as well as at various events for Caught by the River and Dark Mountain. Commissions include for the Woodland Trust, Erasmus+ 30-year celebrations, BBC Radio Wales and the Wales Millennium Centre; and her work has featured on BBC Radio 3 & 4 as well as TEDx. Sophie has taught performance poetry workshops in universities, schools, festivals, libraries and coffee shops across the UK and India for organisations such as National Theatre Wales, Literature Wales, Arts Council Wales, The Woodland Trust and the Kolkata Literature Festival.

In November 2017 Sophie and her partner sold 95% of their belongings and moved into a van in order to live a more minimalist, nomadic existence as they migrate with the swallows across Europe.This OUTSIDER blog is the story of our slow-living-van-travels #slowlivingactivism
www.sophiemckeand.com

“Politics and nature, individuality and community, are all fused in McKeand’s grand and capacious vision. It is what makes this book so charismatic and endearing.”
Poetry Wales

“… a serious, as well as a seriously playful, poet.”
New Welsh Review

“Sophie McKeand joined us on stage at The Good Life Experience … where she captivated the audience with her profound, mythological, musical poems that not only crossed borders but seemed to dismantle them entirely, collapsing time and space and merging visions of the past with narratives of the personal”
Caught By The River

‘Sophie McKeand’s Rebel Sun is no dying star, but a fiery tour de force, full of surreal and ingenious imagery. […] a passionate and heartfelt book, a collection of modern agitprop poetry in which Marxism and landscape rub easy shoulders, and the Rebel Sun acts as an agitator, its manifesto calling for a reconnection with the natural world […] Accomplished and vibrant, this is a collection to cherish.’
Planet Magazine